Skip to main content
To provide you with the best experience, Hotel Florence, Ascend Hotel Collection uses its own and third-party cookies on its website for technical, analytical and marketing purposes. By continuing to browse our site, you're agreeing to our use of cookies. Please consult our Cookie Notice for more information.

Hotel Florence opened its doors in May 2013 to offer guests a 49-room boutique hotel in historic downtown Florence, South Carolina.  Five local business men got together in 2011 with a vision to help spur the revitilization of downtown Florence.  From many meetings and partnerships with the City of Florence and many others, Downtown Hospitality, Inc. was able to break ground in 2012 on the year long historical renovation of three downtown buildings to create Hotel Florence.

The “Schofield Hardware” building is the main hotel building. It includes the hotel lobby, guestrooms, and Victor’s Bistro. The building was originally part of the 578 acres purchased by the North Eastern Rail Road in 1854 from the estate of Thomas McCall, and divided for sale. The original one story building was constructed by Henry S. Rose in 1891 on Lot 51 and was operated as a general merchandise/grocery store.

The building was damaged in the great fire of 1899, but not destroyed. In 1905 Rose purchased Lot 52 and expanded the building to three floors. The 1st floor remained a store and the 2nd and 3rd floors were built as hotel rooms. That was referred to as The Family Hotel. There are records showing rooms 1-22 on the second floor being designated as professional office spaces. In 1908 the 1st floor was divided into two separate stores. Rose continued to operate his store on the left and leased the right side to Louis Palles to open a candy and fruit store. There was a small office dividing the two spaces that was used as the office for the hotel.

In 1912 Henry S. Rose retired to resume farming and lumber interests. In 1913 Mrs. Lucy Rose sold the building to First National Bank who continued to lease out the space for the grocery store until 1930.

Around 1923 The Schofield brothers purchased the building to operate their hardware store out of the 1st floor through 1946, with Howell Groceries continuing on the left portion until 1930 and office rentals on the 2nd floor. By 1948, the brothers relocated the hardware store to a warehouse behind the building and later moved to the 200 block of West Evans. The building was leased to Eagle Stores who operated their retail business there through 1953. In 1955, McCroy McLellan Stores began leasing the building through 1963. In 1959, the second floor was McCroy McLeen Storage.

By 1965, the Schofields sold the building to the Rogers family who moved their operation, Rogers Brothers Fabrics, into the building. In the 1970’s, Rogers Brothers Fabrics relocated, and the widow of the elder brother, Ardith Rogers retained sole ownership of the building. The entire 1st floor of the building was leased to several major tenants including Cato’s and Cosmos, and most recently to a discount clothing store. The 2nd and 3rd floors were completely closed off while the Rogers family owned the building. In the 1970’s vertically ribbed metal siding covered the front façade and remained in place until 2011.

The site was sold to The Bank of Florence in early 1899; however, the original building was completely destroyed by the fire of 1899. It was replaced in 1900 by the current building.

After 1925, the bank went into receivership, and the building was used for a wide variety of tenants over the years, including Steins, 1933-1951. The building was purchased in the 1990’s by the Cho family, and the 1st floor was used as a beauty supply store and wig shop before the business relocated to South Park Shopping Center.

The third building that makes up Hotel Florence is the “Jones Smith Jewelers”. The first floor of this building will be the Rose Room, used for small receptions and conferences. The second floor has been built up to become the entrance to the Grand Penthouse. This building was also originally part of the 548 acres purchased by the North Eastern Rail Road in 1857 from existing plantation land.

Located in the center portion of Lot 51, records show Henry S. Rose as owner of the site in 1891. The site was originally used by Singer Sewing Machine Company as a retail sales and repair shop. When purchased by Jones Smith, the storefront and interior were remodeled to accommodate the jewelry operation. Jones Smith was known as one of Florence’s finest jewelers in the 1940’s.

The original Hotel Florence located on East Evans Street was built in 1909 by the Barringer Family. The hotel was regarded as one of the top hotels in the state of South Carolina, bringing guests to the area from all over. The hotel offered the most up to date and cutting edge amenities available at the time such as running hot and cold water, private bathrooms, an electric elevator, coffee shop, telephone booths, and an air conditioned lobby and guest rooms. The Florence Hotel was severely damaged in a fire leaving it closed for several years. In 1963 the remains of the hotel were torn down. 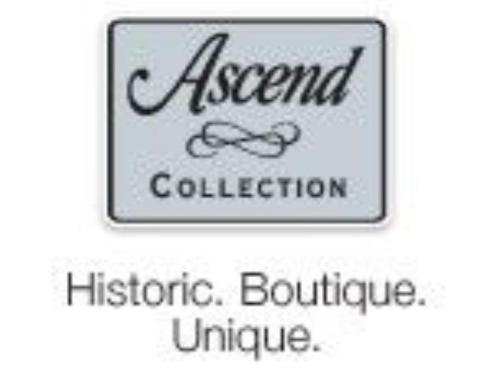 About Ascend Hotel Collection:  The Ascend Hotel Collection membership program made its debut in late 2008 and now has 129 hotels open throughout the United States, Canada, Europe, Central America, Australia and the Caribbean. The eclectic portfolio of upscale, independent hotels appeals to the growing number of people who like to immerse themselves in the destination and live like the locals when they travel. For more information, visit www.ascendcollection.com 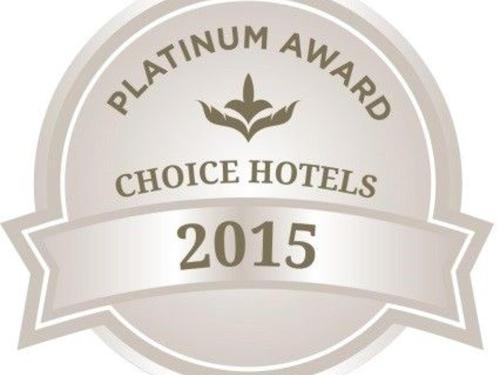